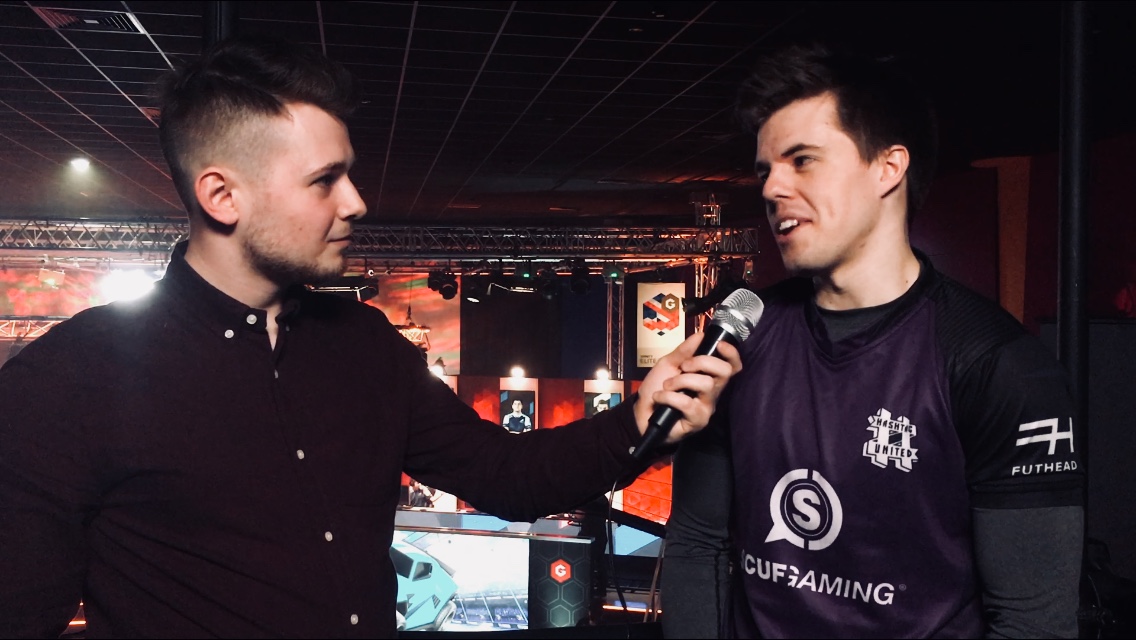 Our reporter Rob Kendall is a regular visitor of the Gfinity Elite Series, where some of the best players in the world play against each other every week. Rob drags these guys in front of the camera to get to know the people behind the amazing plays. You can check all our videos on our YouTube channel.

In our latest interview Rob sat down with Doomsee who is not only a player for Hashtag United, but also a prominent figure in the Rocket League community and known for his fantastic content. In our interview he say that he hates to blame bad luck on not making it into the RLCS, and rather admits to not have worked hard enough for that goal. He also touches a very hot topic: Team Skins for Rocket League cars.

Rob says about his interview with Doomsee: “Ryan’s great, he’s the kinda guy you pray is coming for the night out. He has a lot of flair about him in a positive magnetic way, reeking of passion for this game more so than others. He’s a realist, measured and funny all at the same time which is a powerful combination in today’s world. I began the interview saying it’s “a bit ridiculous” because Doomsee has the personality you want to see achieve in the franchise. Finally, it was also nice to see the twitter suggestions become a verbal conversation. A lot of text can be seen in a negative context and it was my intention to prove these verbal comments are always in the positive light. For the good of the game, Doomsee is here to stay.”