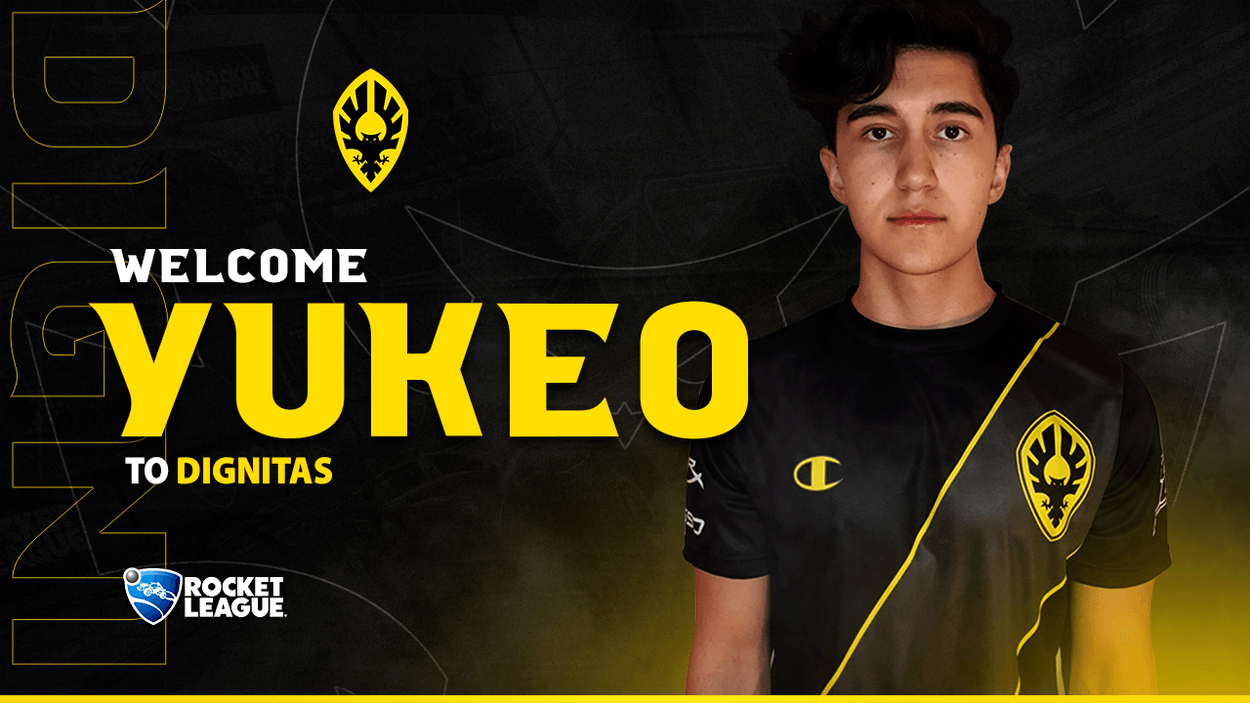 Interview with the Shooting Star

Yukeo is without a doubt one of the biggest shooting stars of the past year. He had an incredible season with Flipsid3 Tactics and qualified for the RLCS Season 6 Finals. Now, he’s the latest player to join Rocket League superstars Turbopolsa and ViolentPanda as part of Dignitas.

Yukeo comes in as the replacement for French player Kaydop, who transferred to Vitality. We spoke with the Austrian player about his expectations and the decision to leave his former teammates Miztik and Kuxir.

We are thrilled to welcome rising star @YukeoRL to #DIGRL as we pursue continued success in @RocketLeague!

They approached me a few weeks ago. I decided to join them after we scrimmed multiple times, then discussed the contract with Dignitas. So basically a few days before the announcement.

“They will do great regardless”

You getting signed by Dignitas comes after what can only be described as a fantastic season with F3. How tough of a choice was it for you to leave your former teammates, miztik and kuxir?

It was a very difficult decision. I really enjoyed how we’ve been playing recently, but my final decision was leaning more towards Dignitas. I wish them all the best in the future though, I’m certain they will do great regardless.

Why I decided to leave F3

You’re the replacement for Kaydop who’s joined Vitality. Kaydop is considered to be one of the best players in Rocket League history. Do you feel a certain pressure to fill his shoes?

Of course there is pressure. If we do bad people are gonna give me the blame for everything. But I don’t focus on the what-if-things. I will just focus on my gameplay and try to help my team get the victory in the best way I can.

“Turbo and Panda are easy to play with”

The former Dignitas roster played together for a long time. How difficult is it to come in as a new guy, possibly bringing in a new playstyle and developing a new form of team chemistry?

Honestly it felt easy right off the start. Turbo and Panda are easy to play with in general. I can’t tell how it will be in the important moments yet though, I think it will be almost identical.

What are Turbo’s and Panda’s individual strengths?

They are both smart.

Time to teach someone how to win championships

Where do you see your personal strength as an individual player within this team?

My strength for the team will be my motivation and drive to finally win something. But I don’t like to be cocky. I just hope to prove it with my gameplay rather than in words.

Dignitas is a name that comes with great expectations. What are your personal goals for the upcoming season?

My goal is to dominate the competition of course and my dream is to win an RLCS.

Was Yukeo’s move to Dignitas a good one? Discuss with the Rocket League community on our Discord channel. Join now!

Interview with the entire squad

G2’s JKnaps: “We feel so good as a team right now”