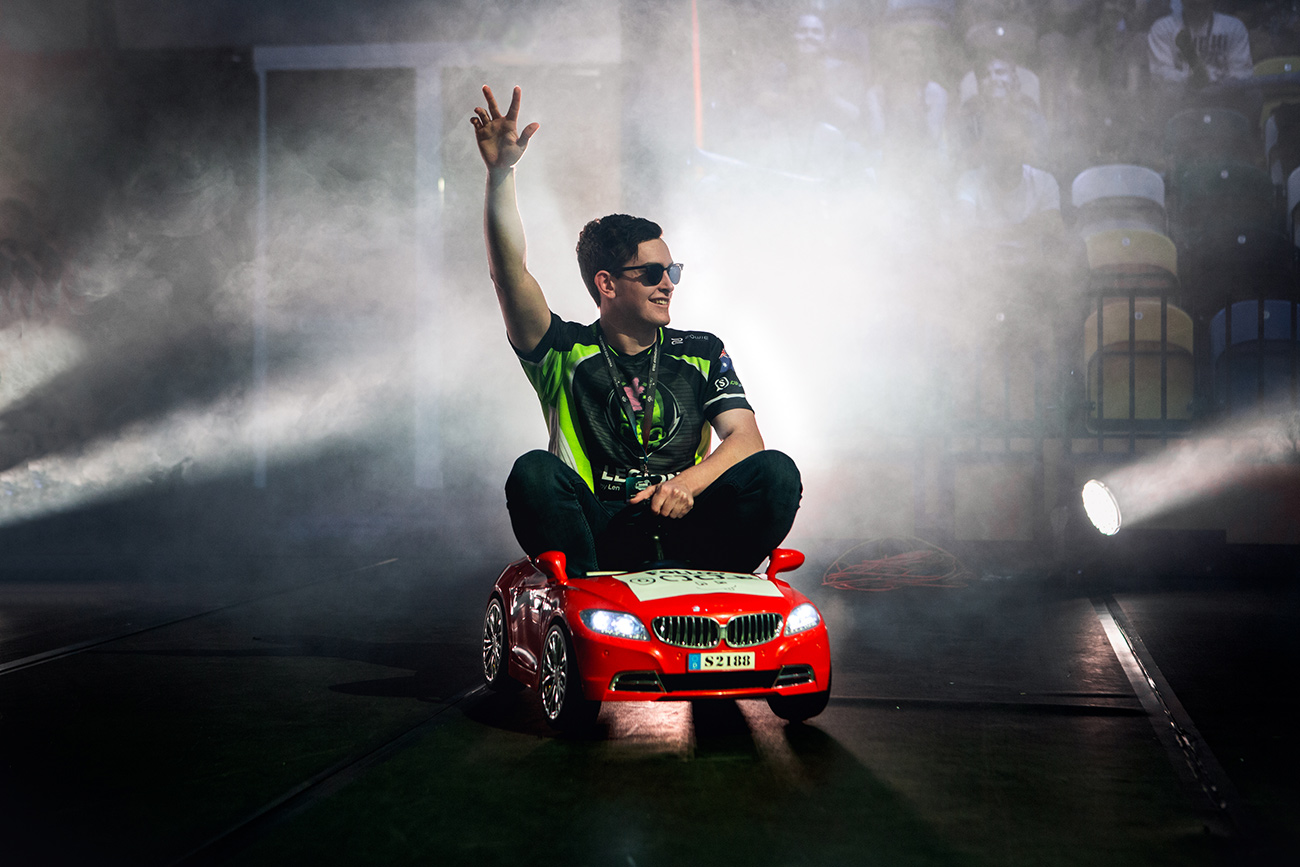 The World Championship was a fantastic showcase for the OCE region. Not only did the players perform well, but they also were responsible for a lot of the fantastic atmosphere that made this LAN so special.

One of the most memorable moments of the tournament was when Tainted Minds captain Cameron “CJCJ” Johns drove in a little car into the arena as part of his team’s entrance. We reached out to CJCJ to talk about the idea behind the stunt and Tainted Minds’ performance in the World Championship.

CJCJ, RLCS Season 5 has concluded with what many consider the best LAN of all time. Now that a few days have passed, what kind of feeling do you have looking back on this past weekend?

This season’s LAN re-instated for me just how incredible Rocket League is as both a game to play and esport to watch. The amount of times your jaw would hit the floor from incredible goals or clutch moments shows that it is right up there as one of the best esports in the world. The crowd this season obviously played a huge part in the hype of the weekend and laid the foundation for an incredible event.

Obviously you guys would have loved to work your way up that bracket, but lost the deciding match against Envy 2-3. However, I believe many were very impressed by the skill level of the OCE region. Do you feel like the gap between the regions is closing?

Yes, as I said in my RLCS interview I believe that the gap has been closed skill-wise with the other regions and it now comes down to experience at international LANs and getting used to the different playstyles overseas.

Amazing yet bittersweet day! ggs to @EyeIgnite_RL @remkoe @nV_Deevo you guys never stopped fighting ? thanks to the crowd and all the support for the OCE gang ?‍?‍??‍?‍? let’s get the Chiefs home tomorrow with our support! I’ll be in #104 all-day baby ?

“The gap has been closed skill-wise”

We obviously have to talk about your legendary entrance on day 1. You arrived in a little car and the crowd went wild. Tell me a bit about how you came up with the idea and how you put that plan into action.

Whilst I was streaming at bootcamp, a guy in twitch chat (shoutout to @Memphis_RL) suggested to come out in a toddler car for my walkout. I was hooked on the idea straight away and called a couple places to rent some cars. However as I well-exceeded the age and weight limit they wouldn’t provide them for me. I resorted to buying a car off Amazon and getting it shipped to the hotel, it arrived the next day and the rest is history.

When you got out of the little car, you hold up a sign with your Twitter handle – that’s some clever marketing right there. How much followers have you gained after that spectacular entrance?

I held up the same sign at last season’s RLCS for a bit of a laugh and it got some traction. I knew I had to do it again and over the course of the weekend until now I’ve gained around 2500 followers.

You auctioned the car and gave the money you raised to charity. Who was the lucky winner and what charity are you supporting?

The lucky winner was Sarah Sharp (@SarahCSharp) who was awesome enough to carry the car all the way back to her work via train. I chose to support the Cancer Council in my home state of Tasmania, as that is where I live and have had cancer affect my family quite greatly. We raised $550 in the end which is fantastic.

A big congratulations to @SarahCSharp for winning this beauty! ? Thanks everyone for supporting and thanks to Sarah for coming to collect so quickly! ? pic.twitter.com/dLO0b0B4eK

What’s your favorite memory from the World Championship that you will cherish forever?

My favourite memories would be the standing ovation we received after the Envy series, the crowd in general over the whole event and of course Jstn’s 0-second goal in the Grand Finals.

Words cannot describe how EVERYONE came together to make #LANdon a phenomenal event. pic.twitter.com/DEae3lAxP0

Final question: How do we top this LAN next season?

I’m not sure if we can top this LAN. However, we really need the NA crowd to bring their A-game by cheering loud and proud for all teams.

Lead Image: CJCJ in one of the most memorable entrances in Rocket League history / Credit: Psyonix

What World Champions Dignitas said after the Grand Finals