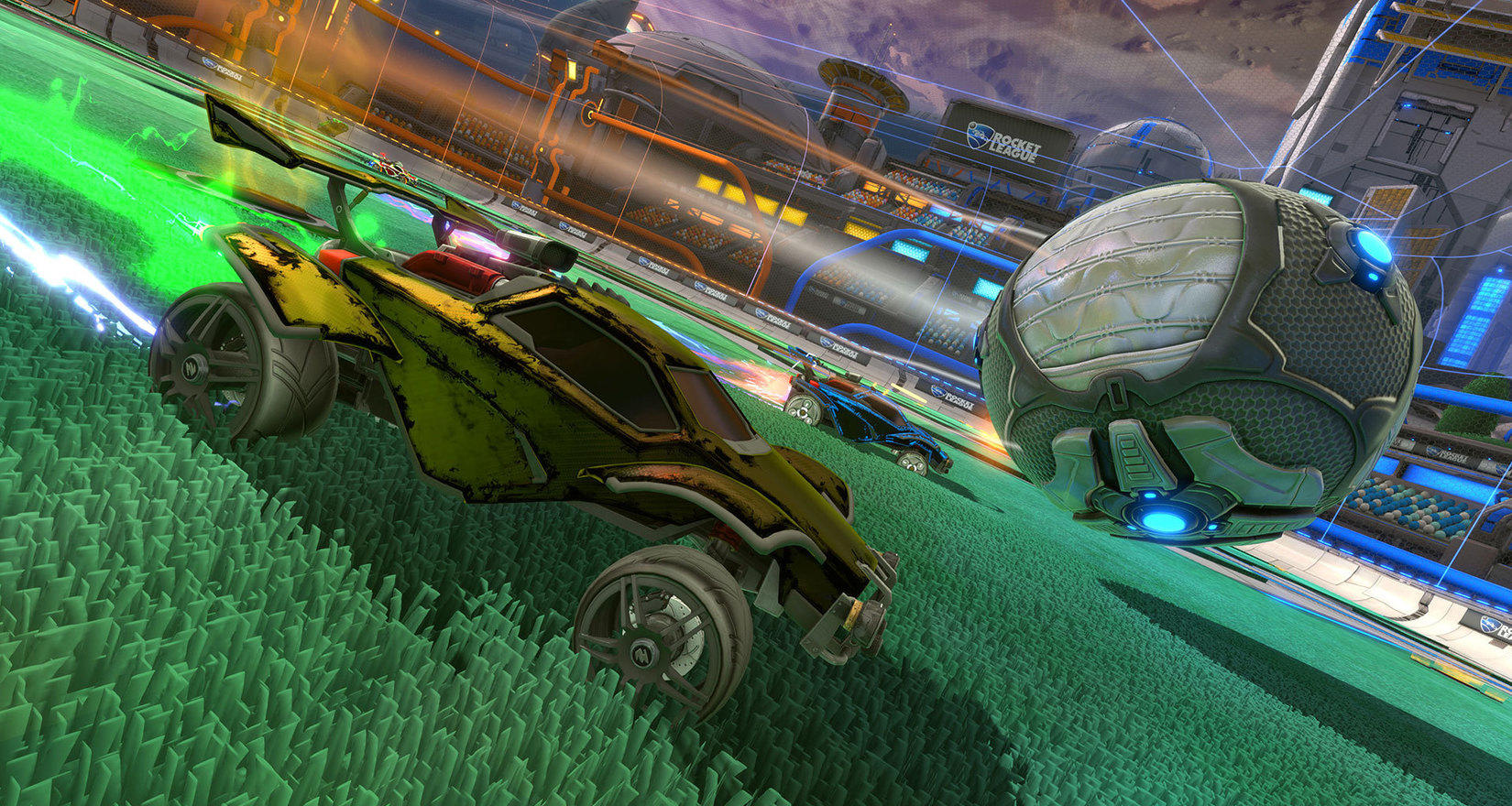 Here are the Top Stories after Week 2 of RLCS

After two weeks of RLCS for North America, Europe, and South America, and one for Oceania, we can examine how teams are placing and try to figure out who the top teams really are.

After another week of North American RLCS, the “Big 3” are still on top, barely. Spacestation Gaming is contending for a top four spot, and Ghost are looking to be having a rough season.

.@G2esports, @Cloud9 and @NRGgg stay on top and undefeated after Week 2 of @RLEsports #RLCS7 League Play. @Rogue with another unfortunate Game 5 loss putting them at 0-2 with an unusual game difference of -2.

This weekend Spacestation Gaming swept Evil Geniuses with a zero second buzzer beater in game 3. Coming from the RLRS, they did not have high expectations, but they are quickly showing themselves as top contenders. After a close 5 game series against G2, and now sweeping EG, SSG are definitely looking like a top NA team. Besides Rogue, who barely fell to G2 in a game 5 overtime, the main contender for the fourth place spot was EG, and after SSG’s sweep, Spacestation are now looking like the favorite to get the fourth spot at LAN, and to challenge top teams.

SYPICAALLLLL!@SpacestationGG tie it at the buzzer and go on to take the series 3-0.

In the first week of the Oceanic league play, Chiefs, Icon, and Justice Esports are topping the standings as the only undefeated teams.

.@TeamICON, @Justice_ESC and @ChiefsESC are off to a flying start in the @RLEsports #RLCS7 @GfinityAU Oceanic Masters after Week 1. @1NEeSports are not far behind even after taking a close Game 5 defeat against Justice Esports. #RLOM

Out of Order is having a rough start

Coming into the season, Chiefs Esports were by far the strongest Oceanic team, but near the end of the offseason they were being challenged by Out of Order, previously Order Esports. Out of Order consistently placed top two in the past three Oceanic “Gauntlets”. Out of Order was the only team to beat Chiefs Esports in one of these tournaments, and were looking like a challenger for the upside down crown. This week in league play, they had a close series against Icon Esports, formerly Tainted Minds, then got swept by upcoming challengers 1NE Esports OCE. Coming into the season as possible competition to the unstoppable Chiefs, this start is not boding well, but they are not out yet. They should not be counted out, even after a bad week.

The wins slipped away from #OutOfOrder in Week 1 but with some excellent shots throughout, we’re keen to see them back in action next Sunday!
?️@DeckaaRL @julz_rl https://t.co/Q0T5jZ9Vih#RLOM | #RLCS | @RLEsports pic.twitter.com/isTkcYuTKO

What is happening with Europe? There’s not much to describe what’s going on in @RLEsports #RLCS7 other than looking at the 2 pictures below:

Europe had an amazing week of games, with unexpected results and more questions than answers. Renault Vitality remains above the competition at three wins and no losses, but are followed closely by the only other undefeated team, TSM.

Coming off of one of the most controversial roster changes, Vitality had a lot to prove. This season they are doing so by only dropping one game in three series. They had the first perfect sweep in Europe against FC Barcelona, and swept Dignitas. Going undefeated in all games this weekend, this question must be asked: at this point who can stop Vitality? With Dignitas seemingly falling off, but definitely not counted out, who will step up to stop a possible perfect season. TSM are also looking good, and are the most likely if anyone is going to beat the new squad. This matchup will happen next week, so be sure to tune in.

Anyone could make LAN

After only two weeks, most teams have had highs and lows. The worst looking teams have changed to clean and calculated machines from one match to another. PSG swept Dignitas, FC Barcelona went from a hot start to one of the lowest series possible, and the only winless team is Dignitas. Even a Dignitas squad with only three losses to their name could turn around their season to fight for a world championship spot. With all the teams, any combination of the bottom six with the top two would make sense to be Europe’s representatives.

?ULTRA SWEEP ALERT?@TeamVitality manages to sweep @FCBarcelona while not letting them score at all. 10 goals to 0 for Team Vitality in @RLEsports #RLCS7 EU Week 2. pic.twitter.com/Tv3ez7123i

.@INTZeSports and Erodium stay undefeated in the @RocketStreet #GrandSeries after Week 2 of @RLEsports #RLCS7 League Play. Lotus takes their first defeat as the mid-field tightens up.

After two weeks down in this new RLCS region, swift plays and dangerous passes have characterized them. Currently INTZ Esports and Erodium top the charts, but after watching this region, almost any team could take the spots in the finals.

Four teams are standing out

In SAM, the four stand out teams are the four at the top: aforementioned INTZ Esports and Erodium, as well as Lowkey Esports and Lotus. Previous tournaments seemed to show Erodium and Lotus as the top teams, but now INTZ and Lowkey are joining them at the top. Lowkey beat Lotus this week in a sweep. INTZ looked like an RLCS when they destroyed GFactor Galaxy in a sweep, outscoring their opponents 14 to 4. Weeks four and five are looking to be pivotal for top placement with the rest of the match ups between these teams taking place.

The Most Important Storylines of Week 1 of RLCS