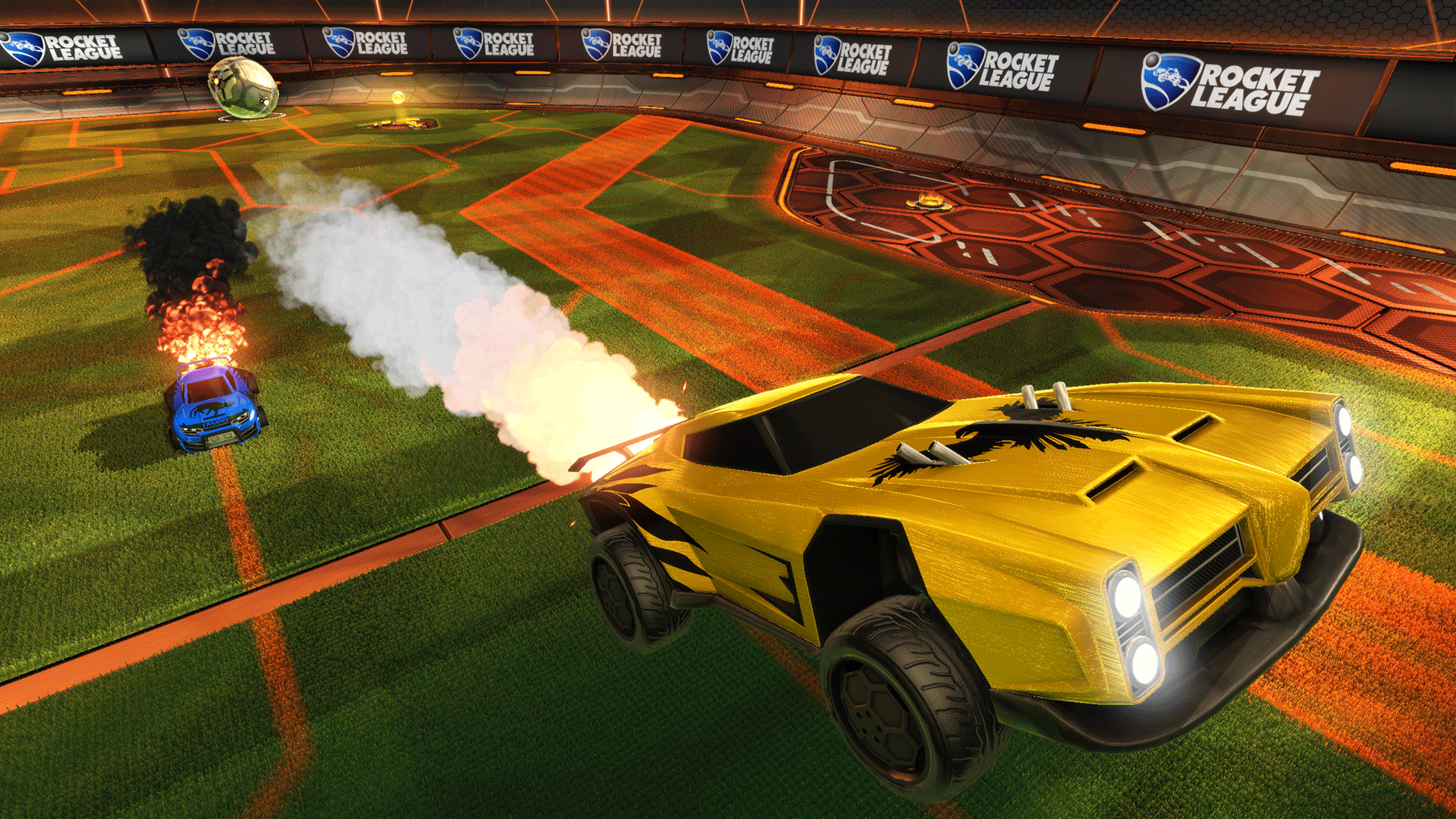 Improve your Aerial Game with these Tips from Gfinity Champion Tigreee

If you’ve ever watched professional Rocket League play, then the sight of players launching into the air to slam in crazy shots, redirect passes into the net, and block rivals’ attempts has surely inspired you to reach for those same heights—or shamed you for struggling to maintain aerial control in your own games.

Whatever your reaction, know this: aerial command is one of the most useful tricks in any player’s toolset, but it’s also the most difficult to learn and master. It takes pro players thousands of hours of play and practice to get to that level, so don’t feel bad. Aerials don’t come easily, but there are some things you can do to start learning both faster and smarter.

Take it from Maik “Tigreee” Hoffmann: the recent Gfinity Elite Series champion is one of Europe’s young rising stars, and now he’s playing for Veritas Esports this weekend at DreamHack Leipzig. After seeing some of his amazing off-the-ground skills during qualifiers, we asked Tigreee to share some pointers on how to elevate your own aerial game.

Spin into position:
Pro players know how to use every inch of their car to deliver amazing shots, but early on, you should work on consistency. Tigreee suggests rotating your car in the air to make sure you’re putting the front of the car forward for more predictable results: “Air rolls can improve your accuracy. Try to always hit the ball with the front of your car.”

Keep a level head:
We’ve all punched a pillow or tossed a controller after botching a play, but Tigreee suggests not letting your emotions get the best of you when learning aerials. You’re going to fumble a lot of attempts before finding consistency. “Don’t be mad or frustrated if you miss a lot of aerials: they are the hardest thing to master in Rocket League,” he claims. “Think of why you missed the ball, and find out the reason so you can practice it and avoid your previous mistake.”

Keep your rotations:
Defensive rotations are not only often the key to a great team performance, but also to stronger aerial shots. Tigreee believes that rotation and positioning make a big difference in the kinds of aerial opportunities you’ll have, and thus improves your chances of putting in a good play. “Your accuracy depends on where you come from for your aerial,” he suggests. “A good rotation creates easier aerial opportunities.”

Practice makes perfect:
If you want to have a lot of aerial opportunities, Tigreee suggests two different things: play a lot of 3-on-3 matches, and seek out training packs specifically designed for aerial redirects, along with corner and crossbar-down shots. “You can only understand the behavior of the car midair if you are in the situation, so try to be in that situation as often as you can.”

But don’t fly at everything:
Improving your aerial control doesn’t mean just flinging your car at every ball that pops up into the air. Learn to judge the trajectory of a ball, and only take flight when you have a strong opportunity. “Don’t go for those balls that are too difficult for you because the ball is too high or something—only because you want to aerial,” he says.

Always be curious:
You’ll never learn or improve if you don’t analyze other players’ games. Tigreee says players like SquishyMuffinz and JHZER have been inspirations, and he’ll watch their videos and focus on their aerials and touches to try and understand and improve. “I always wondered how pros consistently hit top corners,” says Tigreee. “I put a lot of hours into training packs—when I mastered one pack, then I went for another.”

Seriously, play a ton:
Aerials might come easy to pro players, but that’s because they’ve logged a massive amount of hours finessing their mechanics. Luckily, everybody has to start somewhere, and even the pros had to struggle to find their form. If you put in the same kind of time and dedication, maybe you can reach similar heights. “Practicing and putting hours into the game is the only way to improve,” Tigreee affirms. So get on with it then!

Andrew Hayward
Andrew is the Lead Editor of Rocketeers, and has been covering Rocket League esports since RLCS S1 for publications such as Red Bull Esports, Esports Insider, The Esports Observer, and Waypoint. He is also currently the Content Lead for The Esports Journal magazine and has written about games, gadgets, etc. for 100+ publications since 2006.
ahaywa
Next Articles
Lethamyr: “Our Chances have definitely improved”
These 4 Teams might surprise you at Dreamhack Leipzig
Meet Team Veritas, Europe’s Underdog Threat at DreamHack Leipzig