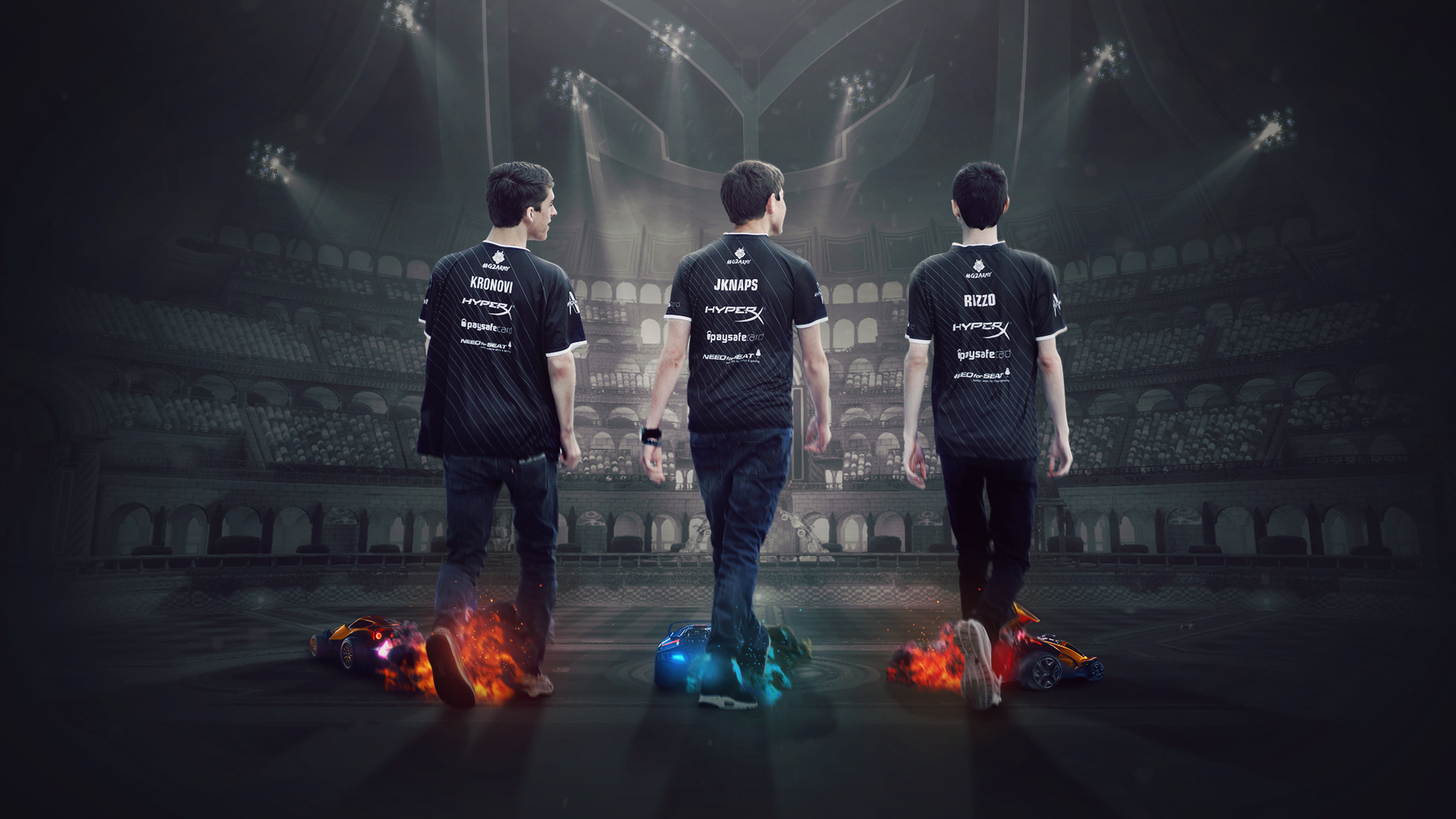 Despite the hype that the World Championship in London created, the past few weeks saw a lot of negativity within the community. If you’re an follower of the Rocket League Esports subreddit (which I highly recommend), then you might have seen a lot of discussions about whether or not Rocket League esports has hit its peak and might already be on its downfall. There were even rumours suggesting that the renowned esports organization NRG (despite making 2nd place at the World Championship) might want to sell their fantastic roster to the highest bidder. These rumours aren’t confirmed yet, but they added fuel to the fire nevertheless.

Now, in the middle of all these apocalyptic scenarios of viewers leaving, players being frustrated and orgs dropping out, there’s a news that contradicts public opinion: G2 just renewed their contract with their Rocket League team. Even further, it’s not only a new contract for the three star players Kronovi, JKnaps and Rizzo, but a multi-year deal that will bind the roster even beyond RLCS Season 6. The nature and details of the contract have not been disclosed, but G2’s press release speaks of a multi-year deal. As far as we can tell it’s the first of its kind – a novelty for the Rocket League scene.

We are beyond excited to confirm @KronoviRL, @JKnaps & @Rizzo_TV have signed a new multi-year deal with the club! #G2ARMY ⚫⚪

A glimpse at the future of esports

This deal is a great sign for Rocket League as an esports. One of the most trusted brands in esports underlines its faith in Rocket League. This is a strong signal for other esports orgs that might think about dropping out. It’s also a glimpse at the future of esports and the increasing professionalism we can and should expect going forward. Multi-year deals offer stability, they’re a sign of commitment, maybe even a statement that reads: Drop out if you want to, but we’re not going anywhere.

And G2 are right to do so: Yes, things might not be optimal. The recent announcements in the likes of Fortnite who put unimaginable sums of money on the table have caused frustration. There are lots of features that the community has been asking for since the early days that are still not implemented. Team skins spring to mind. They’d be a great argument for orgs as they offer an additional revenue stream and in-game branding. Then there is the size of prize pools where Rocket League doesn’t seem to be able to keep up with some of its competitors. RLCS Seasons should be longer, the tournament format could be better. All valid points.

BUT: Rocket League is the most promising and possibly the most entertaining esports that is out there. I know for a fact that there are a lot of brands looking into Rocket League esports which would bring in more money to build the infrastructure and ecosystem of Rocket League as an esports. Viewing numbers of larger tournaments are fantastic compared to other lower-tier esports titles, prize pools are increasing steadily, and Psyonix just announced that they’ll support even more community-driven tournaments in the future. And I’m certain that we’ll get those team skins eventually.

We’re still at the very beginning of what could be a decade-long esports journey. G2 have realized this. Their renewed multi-year contract with Kronovi, JKnaps and Rizzo is their way of preparing for the journey that lies ahead, and it’s a move to ensure their status as one of the best Rocket League orgs in the world.

What do you think about G2’s new contract and the current mood in the Rocket League esports community? Head over to our Discord server and discuss this topic with people who love Rocket League as much as you do.

Chicago: “I have never been more excited to compete”

When their team scores, they're involved

Here are the 5 RLCS veterans with the highest goal participation