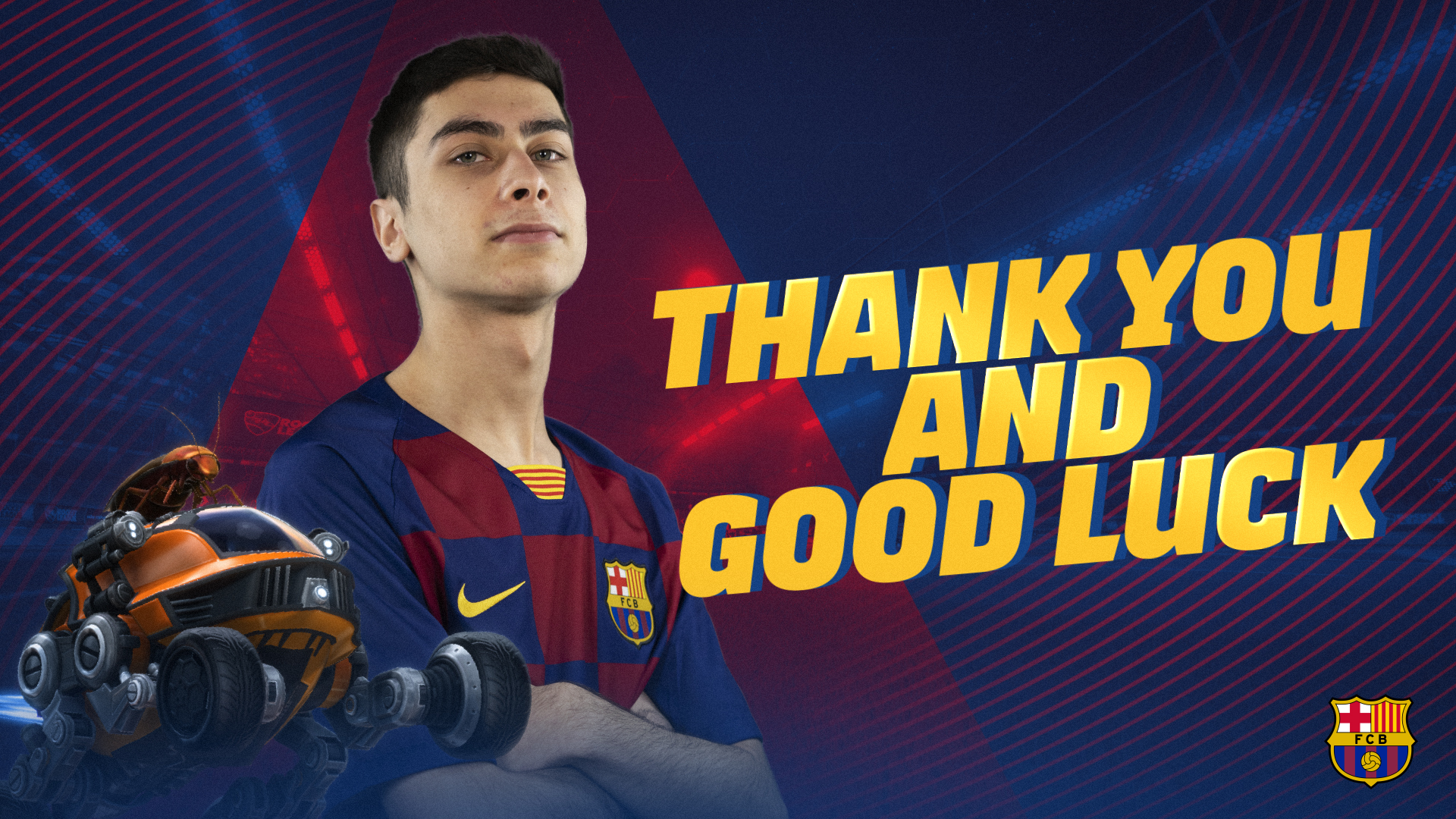 Now here’s a surprising bit of news: Hrant “Flakes” Yakoub has departed FC Barcelona after only one Rocket League Championship Series season with the team, and suggests that it was his decision to leave.

Following the team announcement, Flakes tweeted that he wants to create a new team that is more complementary to his own style of play and work his way back up to the RLCS through the Rival Series.

“I wanna thank FCB and Ronaky and Deevo so much for the opportunity and the time we’ve had together, unfortunately we just weren’t on the same page in-game and this caused some struggles, I wish the club and Ron and Deevo all the best in their future,” he tweeted with a heart emoji.

.@FCBeSports and @Flakes_RL will be taking separate paths.
We are grateful for the work and dedication you brought to the club and we wish you the very best!

“Also, for the people who’ll be interested in what I’m gonna do next, I’ll be creating my own team with players (no clue yet) who want to play the same playstyle as me, its too frustrating to play in RLCS with a team with different ideas of the game,” he continued. “It’ll take some time (since you need to start from the bottom), but I’d rather do it this way so playing is more fun again and it’s actually a team grinding towards an end goal with the same intentions & understanding, the payoff could be big, thanking everyone who supports me.”

FC Barcelona had a solid RLCS Season 9 with Flakes, finishing 5-4 in the regular season and in 3rd-4th place at the regional championship. However, after going 0-2 in last weekend’s European Spring Series and not winning a single game, he (or they) must have decided that it was time for a change.

Both Ronaky and Deevo sent positive replies to Flakes’ tweet today, so it doesn’t seem like there’s acrimony behind the move. It’s unclear who will take Flakes’ spot on the roster as FC Barcelona looks ahead to any further offseason tournaments before the eventual RLCS Season 10 begins.