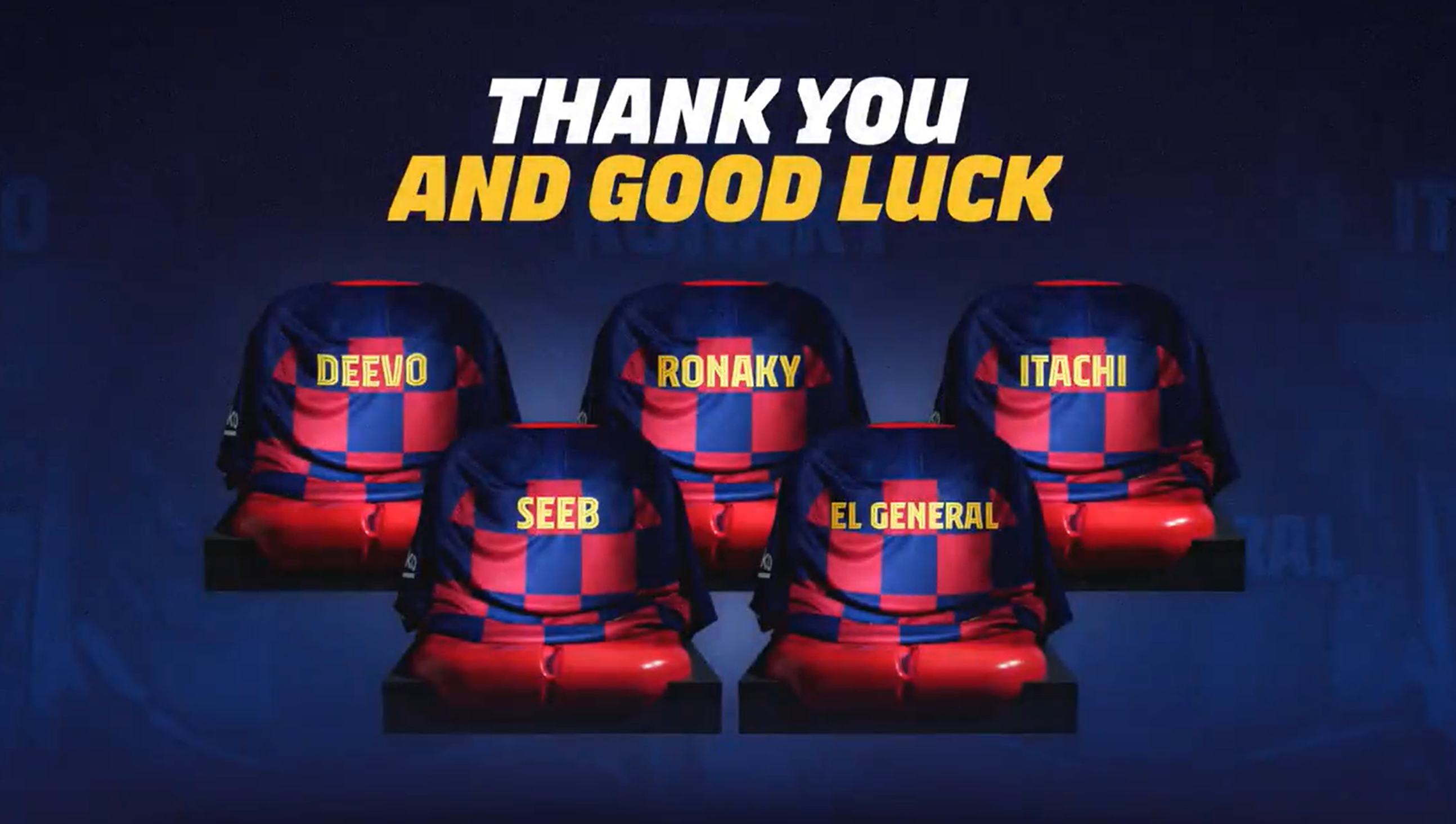 It sounds like the team departed en route to another organization, but a new home has yet to be announced. That said, FC Barcelona did not announce that they are leaving the competitive Rocket League scene, so they may be in the market for a new roster. The club’s tweet simply noted, “Info coming soon!”

Our #RocketLeague team is taking its own road and no longer will be part of our club.

The good memories shared together will remain, and we can only wish them a career full of success.

FC Barcelona first entered Rocket League in April 2019 with the signing of Savage!, of which Ronaky was the only remaining member on the departing roster. The team competed in the RLCS Season 7 World Championship in June 2019, finishing 5th-8th, but struggled in Season 8 and failed to make Worlds.

The roster’s best finish during the RLCS X Fall Split was 3rd-4th at the third regional European tournament, and FC Barcelona went on to finish 5th-8th at this past weekend’s Fall Major. The Winter Split begins with the first EU event starting November 7.

ShiftRLE reports that Deevo is rumoured to be trying out with Guild Esports in place of Kyle “Scrub Killa” Robertson, so there may be further moves ahead for this roster besides simply landing (or announcing) a new home.