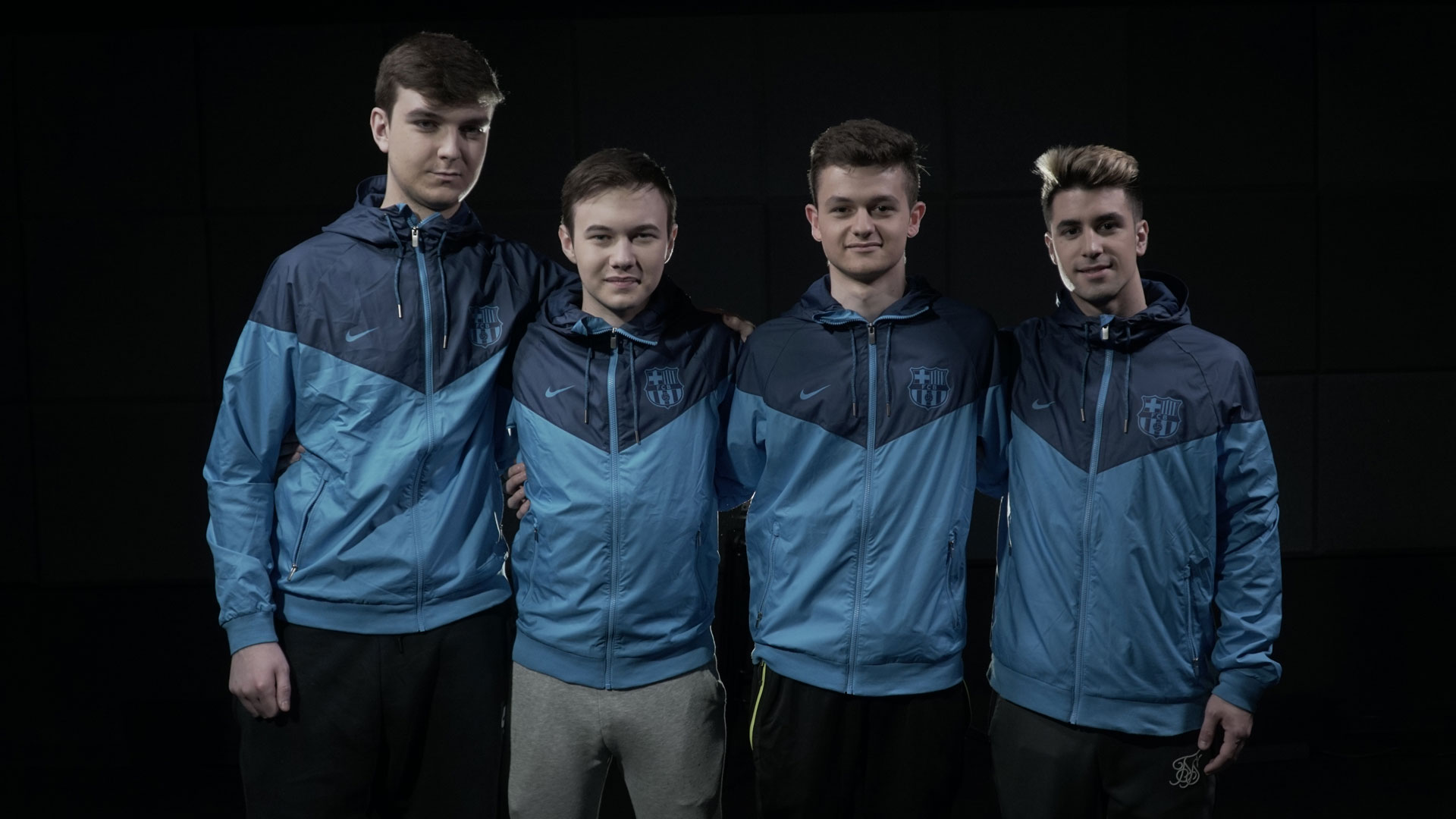 Interview with the EU Powerhouse

On multiple levels, FC Barcelona have written history: The team formerly known as Savage! is the first team to go from RLRS directly to a top 2 finish in the RLCS. Their involvement with FC Barcelona is also one of the most groundbreaking signings in the history of Rocket League esports.

We spoke with Rocket League veteran and World Champion Deevo from FC Barcelona about how his team got involved with the traditional soccer club from Spain and how he adjusted to living in Spain.

“We just need more time as a team”

From the outside it seems like this team really has matured and works like a well-oiled machine most of the time. Where do you see the individual strengths of the 3 starting players and where do you still see some room to improve as a team?

We’re all good individually, capable of scoring goals on our own. We have good mechanics to create plays. I think we just need more time as a team to build on our natural playstyle because after all it’s our first season in the RLCS.

Finally a LAN boi again so happy with the our performances lately let’s keep this momentum for DH/New Jersey LET’S GO! #ForçaBarça #mesqueunclub❤️

How has joining FC Barcelona influenced your lives as professional players in terms of training, preparation and overall professionalism?

The brand has influenced my mindset. I realise how important it is to represent FC Barcelona because of the sheer success of the brand itself. I want to contribute to it’s legacy and I feel that working hard is a way of accomplishing that. The team here at FC Barcelona is great and we really appreciate everything they do for us.

“I don’t really feel the nerves when I play matches”

FC Barcelona is obviously a powerhouse that stands for almost unparalleled success in the world of sports. Considering their history and success, do you feel more pressure to perform at the highest level possible?

In a way yes, but I know that it is expected and I don’t really feel the nerves when I play matches. I still feel that it’s just me Bluey and Alpha54 doing what we do best at the best club in the world. Ever since I’ve joined FCB, I’ve took Rocket League a lot more seriously. At the end of the day, they chose us to represent them which means we just got to keep believing in ourselves.

So long as I perform and represent the club in the best way I can then I can expect lots of opportunities within the club’s infrastructure in the future. I know that the club follows our progress with keen interest from the best players of the club.

“I’m a big fan of the city and its culture”

You moved to Spain to play for Barcelona. Going to live in another country is always a challenge, so how is the transition going for you?

At the start it was challenging to get used to everything. But now I’m a big fan of the city and its culture. It has been easier thanks to living with Bluey and Roken. I never knew ByMateos well until we lived together and now he is my hermano.

Okay, final question: Did you get to meet Messi yet for a round of Rocket League?

Not yet but if I keep working hard the success will come as a team. He’s watched us play so one day I could teach him how the game works.

What do you think about the involvement of traditional sports clubs? Join our Rocket League Discord server and discuss it with the community.