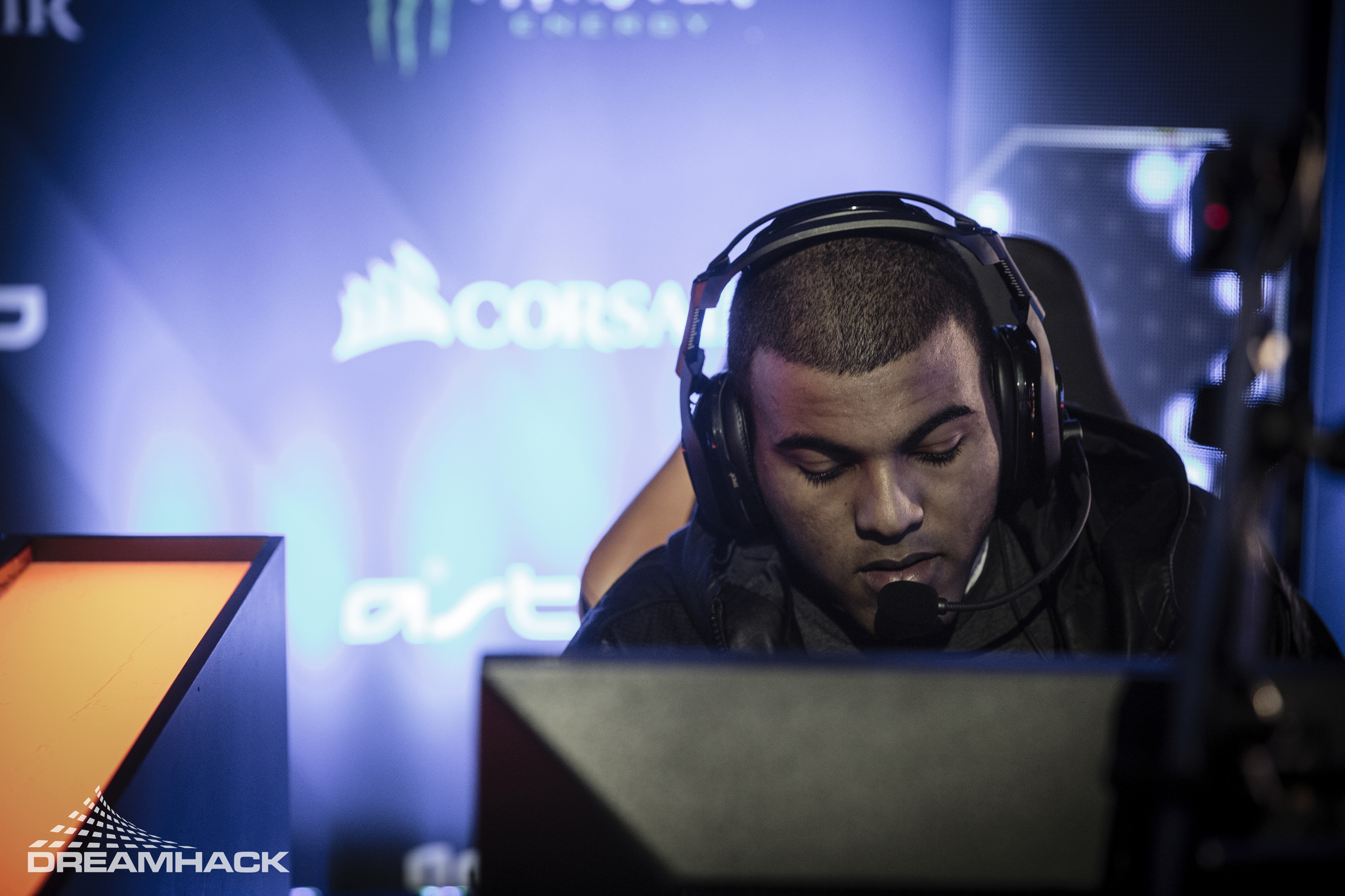 EyeIgnite: “I never said I was gonna quit”

Sometimes a simple Tweet can spark an intense discussion. Rocket League shooting star Jordan “EyeIgnite” Stellon took his frustration about the current meta game of Rocket League to Twitter, and was met with rumours about him leaving the competitive scene.

Just to clarify on this. I’ve been playing a lot of Fortnite and RL. Definitely improving and having fun with the former. Complete opposite with the latter.

I’m struggling to keep up with everyone in this awful meta and it’s making me hate the game. https://t.co/wgzbFWCHNk

We reached out to the former Envy player, who is still teaming up with remkoe and Metsanauris and looking for a new organisation. In our interview, EyeIgnite talks about the frustrating meta and his passion for Fortnite.

In a recent tweet you admitted that you struggle to keep up in what you call an “awful meta”. From your perspective as a pro: What is the current meta like and why is it so frustrating for you?

As I said on Reddit, from what I’ve been experiencing over the past couple weeks; everyone has gotten to a point mechanically where they’re all fairly even. Everyone is so confident in going for basically anything they want now and it makes for games consisting mostly of 50/50s and pinches, with some teams having one player who spends most of the game bumping/demoing. I don’t like this style of play; it doesn’t fit me and it’s why I’ve been having so many problems. Working hard to get around this, though.

I think, some people took your Tweet a bit out of context and accused you to not be motivated enough to keep up. What’s your counter to that accusation?

People usually take things out of context, because they read something and instantly come to a conclusion. It’s obvious I tweeted out of pure frustration; I never said I was gonna quit, and anyone that knows me would never doubt my motivation.

“I never said I was gonna quit”

You’ve obviously entered a stage where Rocket League is not only a passion, but also a job to a certain degree. How do you manage the balance between the two? I could easily imagine it being a difficult task to keep the passion alive, but at the same time having the obligation to practice the game every day to stay on par with your competitors.

It’s really difficult, but I always try and remember how much I’ve sacrificed for this game and how much time I’ve put in. That trumps any doubts or any bad days that come. It is my job, but it will always be my passion.

You said on Reddit that you’re more and more focussing on analysing opponents such as Dignitas. Do you feel that Rocket League teams need to make improvements in that area?

Absolutely. Every single player in the game develops patterns in their play, no exceptions. Learning these patterns can help you immensely. I think watching and analysing teams should be on every pro and bubble team’s schedule.

You mentioned a trial coach, and some people were wondering who that person might be. Can you tell us who your trial coach is?

I don’t wanna say who’s coaching us right now. Some people can probably guess but I think I’ll keep it quiet until he makes it known himself.

“I’m just having fun in my spare time with Fortnite”

In another tweet you mentioned your passion for Fortnite, and even suggested (I assume with a bit of irony) a switch to Fortnite. Is this actually something that you consider?

Not at all. Like I said I’ve been getting frustrated with Rocket League and I’ve actually been improving and enjoying Fortnite. I only play it 1-3 hours every day or two. I’m not playing like I’m trying to be competitive, just having fun in my spare time.

Can’t wait to switch to Fortnite.

There’s been a lot of tension ever since Epic announced their insane price pool for Fortnite esports. Do you feel that Epic’s announcement damaged other esports games to a certain degree, and specifically Rocket League esports?

100%. Fortnite is a big reason why Rocket League is where it is right now. A lot of orgs decided to go the route of Fortnite teams instead of RL teams. Can you blame them really? The money and support being thrown into that game is ridiculous.

One of the biggest surprises of the past months was that Envy dropped out of Rocket League, leaving you and your teammates without an organization. We talked about this at length with Remkoe. Currently you play under the name We Dem Girlz. Are you in contact with other orgs that might be interested in your team?

We’ve had talks with a few orgs. We’re keeping our options open and trying to find the best home for us right now. There’s no rush. If Psyonix takes steps in the right direction everything will work out.

RLCS Season 6 will start soon. How are you currently preparing for the next season and is there a specific goal that you and your teammates have set for yourself?

Our goal is to win worlds. Plain and simple. We won’t accept anything else. We’re all hungry and we’re all grinding for that trophy. We’re working with our coach, trying to scrim every day, and really taking strides to improve as a team. Remkoe and I don’t want another season just scraping by. We wanna dominate.

How to rotate in Rocket League like a Pro