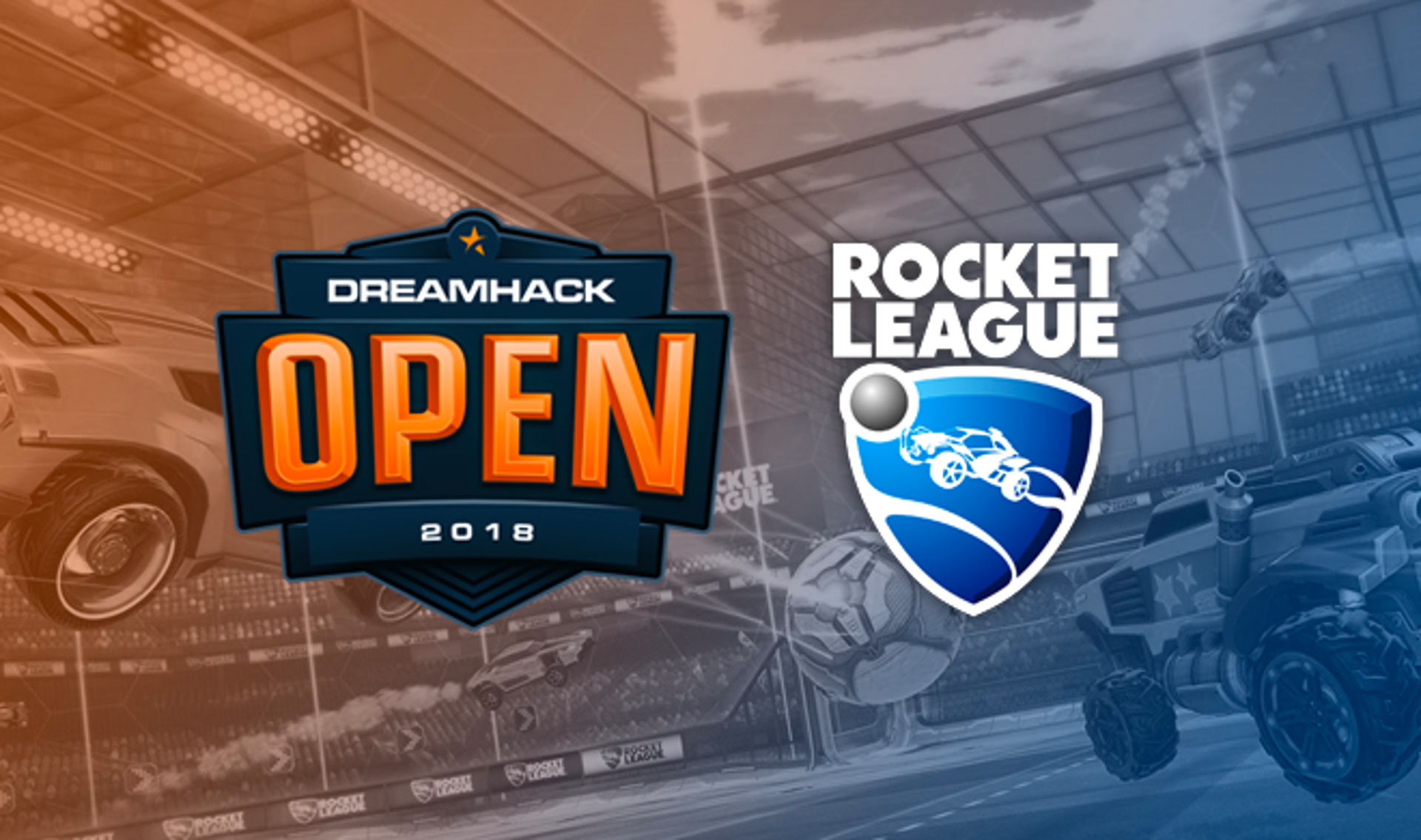 This weekend the biggest Rocket League tournament in German history will go down. Dreamhack Leipzig will feature top teams from NA and EU battling for a prize pool of $50.000. Among the top teams are G2 and GaleForce Esports.

That Dreamhack Leipzig would feature a Rocket League tournament of that size came quite as a surprise to many. We talked with Mark Winther, Director of Dreamhack Masters, about the decision to drop Counter-Strike this year and instead go for Rocket League.

The announcement that Dreamhack Leipzig will host a huge Rocket League tournament came relatively late. When did you decide to go for Rocket League and how much planning was necessary to put this specific tournament together?

You’re right, we made the announcement in December which was late. For the past years we have mainly focussed on Starcraft and CS:GO, but we figured that we should spread out and support even more Games. We’re always trying to bring as many games to Dreamhack as possible, but obviously there are limits to that. Leipzig offered us the opportunity to go for a Dreamhack Open with Rocket League, as it was no choice for us to go for a CS:GO tournament when there is a major in CS:GO being played at the same time. We didn’t want to compete with the major event. They deserve the attention of the community. Of course that’s unfortunate for CS:GO fans, but this is how it is.

So, why Rocket League?

We saw good traction with Rocket League and we already have good relations with Psyonix. There hasn’t been a Rocket League event of such size in Europe for quite some time. During Dreamhack Summer in Jönköping we saw the potential with the community, so when we thought about bringing Rocket League to Dreamhack Leipzig, Psyonix was psyched about it. So far we have only had good responses to that decision.

Marc Winther is a Project Manager at Dreamhack | Credit: Dreamhack

As mentioned, the announcement of the tournament was only made in December. How did you manage to still get so many top teams, such as G2 or GaleForce, to come to that event? One could argue that it wouldn’t be as easy bringing top CS:GO pros last-minute to Leipzig.

Psyonix made a good effort. We told them as early as possible and made them aware long before the official announcement, of course. So, we were as upfront as possible and I assume that the top level of the scene knew before.

“As a CS:GO fan I can understand the disappointment”

Have you faced any backlash from the CS:GO community, because you dropped the CS:GO tournament?

As a CS:GO fan I can understand the disappointment, but it just wouldn’t have made any sense: If there is a major at the same time with all the top teams, I as a fan would definitely watch that instead of a Dreamhack tournament. But so far the community seems to understand thats. I don’t know about the German scene specifically, if there are any disappointed fans, but I haven’t heard anything. People understand our decision, as far as I can tell.

How do you see Rocket League’s role in the current esports scene and what do you believe holds the future for Rocket League as an esports game?

Honestly, I came across Rocket League just recently and was focussed more on other games and projects, but when we had a Rocket League event at Dreamhack Atlanta I saw the passion of the fans. That game is a lot of fun and completely different from other games I’ve worked with in the past. The audience is also much younger compared to CS:GO, which is nice for a change. Psyonix has build a great community with the RLCS and we want to try to build a cool Rocket League event during the off-season, so our festival and the RLCS don’t overlap.

“The audience is much younger – which is nice for a change”

Is this Rocket League tournament some sort of experiment for Dreamhack Leipzig to see how well the crowd will embrace it or do you see this as a first step for a long-term commitment to Rocket League as an esports game that will be featured at Dreamhack?

This is not a test. We basically tested Rocket League at Dreamhack Summer and Dreamhack Atlanta. Of course we’re checking how Dreamhack Leipzig will embrace Rocket League and I can of course picture this sort of tournament happen next year too in Germany. That is not a promise or anything, but we sure have that on our radar.

Speaking of Germany: Do you believe that Rocket League is specifically a good fit for the German crowd, because the game is basically Soccer with Cars? I mean, how much more German can a game get?

You might be right and I agree. Rocket League might be a good fit for the German market. Certain games are perfect for certain regions. We’ll see if the German crowd embraces it, but we’re quite optimistic.

Will Rocket League also become a major part of other Dreamhack events?

As I mentioned: We have nothing confirmed yet, and that’s as bold of a statement as I can give you at this time. Psyonix announced RLCS S5 and we don’t want to interfer with that. During the championship the focus of the scene should always be on that championship. With our Dreamhack festivals we want to align aside the RLCS and maybe offer something during the off-season.

“We don’t want to interfer with the RLCS”

What do you expect in terms of viewership? The RLCS of course has a good amount of viewers, but apart from that Rocket League isn’t as popular on Twitch as CS:GO for example.

Comparing these two games is like comparing apples to oranges. Rocket League has a loyal fan base, the viewership on Twitch is growing. There are games that attract even more viewers, but that’s just the way it is.

You invited 4 teams, there will be lots of star players present. Do you personally have a favourite team or player, that you’re happy to see at Dreamhack Leipzig?

To be fair: As organizer I have to stay unbiased and I didn’t even have enough time, to dive that deep into the scene to have personal favourite, but at Dreamhack Atlanta I loved The Muffin Men (editors note: now Cloud9) and the hype that they created. I would love to see a similar storyline at Dreamhack Leipzig: An underdog making a lot of noise and surprising everyone. I love these things and the audience does as well.

Dorian Gorr
Dorian discovered Rocket League when it first came to PS4. He stopped playing after he saw the RLCS for the first time and became discouraged from trying any more miserable Aerials. As a journalist with more than a decade of experience working for many of the biggest German media companies he now lives out his Rocket League passion as Head Editor for Rocketeers.gg
doriangorr
Next Articles
Who will win Dreamhack according to Pros, that AREN’T playing there?
Meet the Dreamhack Team that is sponsored by our Magazine
Why Fnatic Put Their Faith in The Leftovers