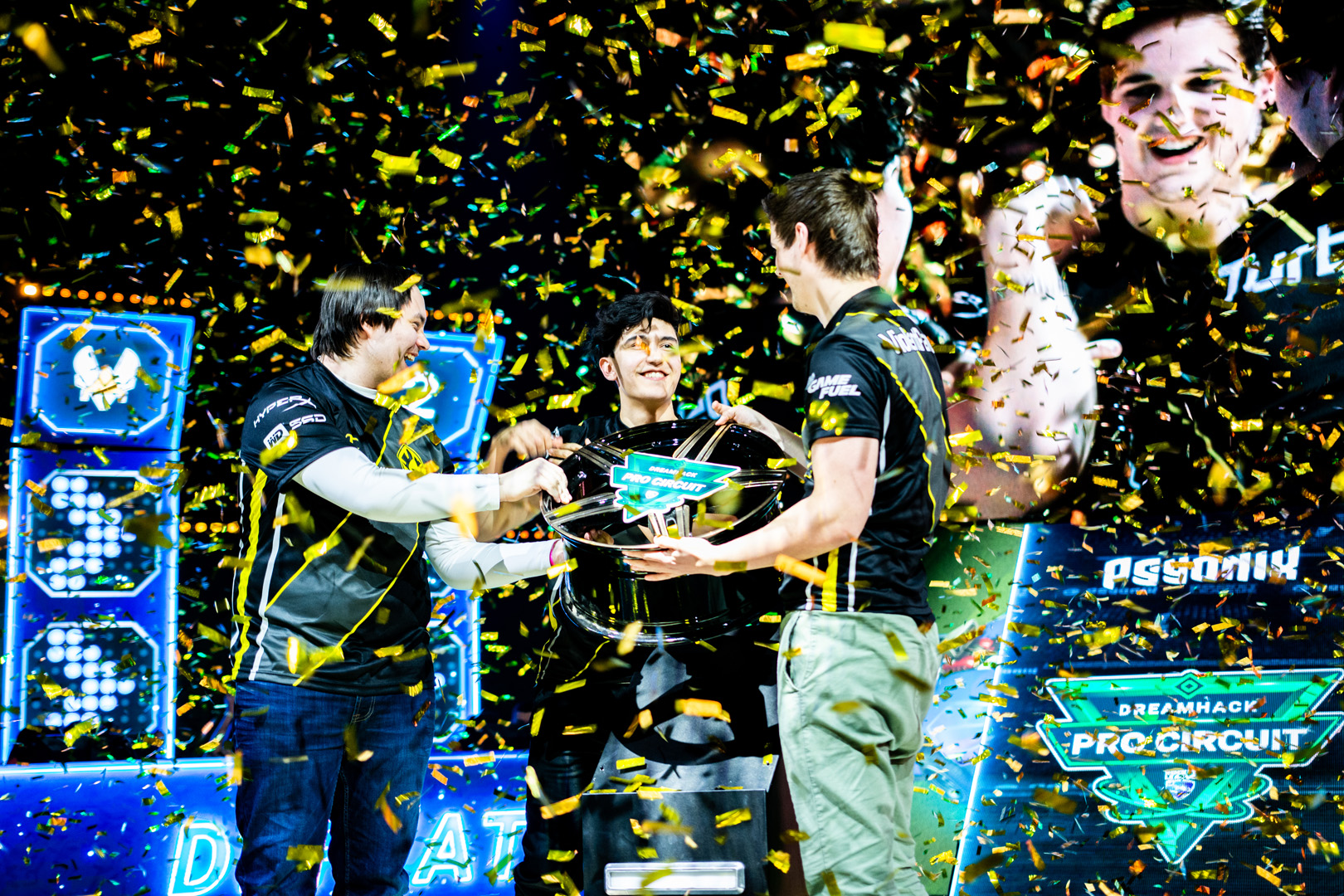 At the end of 2018 one could easily forget about the dominance of Dignitas in the world of Rocket League. They got defeated by Cloud9 in the World Championship and when ELEAGUE came around they still seemed unable to match their expectations. When we put up an end-of-the-year poll on Twitter, people voted heavily in favor of Cloud9 as team of the year. Everybody seemed to have forgotten that it was Dignitas who won back-to-back World Championships, who went on an insane win streak and basically dominated every opponent they faced over the course of many months.

Dreamhack Leipzig was one hell of a reminder that this team is still an unstoppable force – maybe more than ever. Yukeo, the latest addition to the roster, has always been on the shortlist for most-promising players, but this Dreamhack was the first time he and his new teammates, ViolentPanda and Turbopolsa, played together on the big stage. And Yukeo nailed it! He scored an insane amount of goals during the entire tournament, among them an insanely important overtime goal versus RLCS newcomers Savage that placed Dignitas in the Grand Final of Dreamhack Leipzig where they defeated Vitality (including former Dignitas World Champion Kaydop) 4-2 to secure $50,000 in prize money.

One thing we can say for certain: RLCS Season 7 will be more intense than ever. Dreamhack Leipzig was the most stacked tournament in Rocket League history, and as the game establishes itself more and more as an esport, we see an overall increase in the skill level of competitive teams, which is why many suggest that RLCS should add more team spots (Paschy was very vocal about this in our interview).

Tweets from the community

Here’s what we and the Rocket League community had to say during these past days of Dreamhack Leipzig:

“We want to take it all,” says Rocket League wunderkind @ScrubKillaRL from @TeamVitality just moments after scoring an insanely important overtime goal in game 5 versus F3. @DreamHackDE pic.twitter.com/E6P1quP7Jy

These are the parents of @Its_JSTN

If you have kids who dive into esports, be like these two. They‘re awesome! pic.twitter.com/Cgp5XIIASD

– Talent killed it
– What a debut by @WadePenfold
– So nice to have @CallumTheShogun & @JohnnyBoi_i casting again
– Most stacked RL event of all time
– Savage & Echo Zulu ?
– Kudos to @dpantsMD & @cjsmurph on the format tweak
– RLCS/RS S7 gonna be insane

– Yukeo = god
– Dignitas looking deadly again
– Vitality are solid & only gonna get better
– coL ?
– Would love to NOT have C9 & NRG play for once ?
– Wish we had more matches, but understand the timing difficulties
– Jooorby ?
– EU RLCS/RS S7 is gonna be B A N A N A S

It was an amazing weekend of Rocket League and I am honored that I was able to be a small part of it. It was very challenging to take on a new scene and a new role at the same time. I wasn’t perfect, but I am proud of what I was able to accomplish this weekend….

tfw TSM vs mCon has a crowd gathered behind them watching game 5 pic.twitter.com/Z72M0QmCt0

What a wonderful start to the @DreamHackRL Pro Circuit. @dignitas strikes back and the DH crew put on an amazing show!

Seeing the fans, players and talent all enjoy those finals helps remind us all that live @RLEsports is truly special.