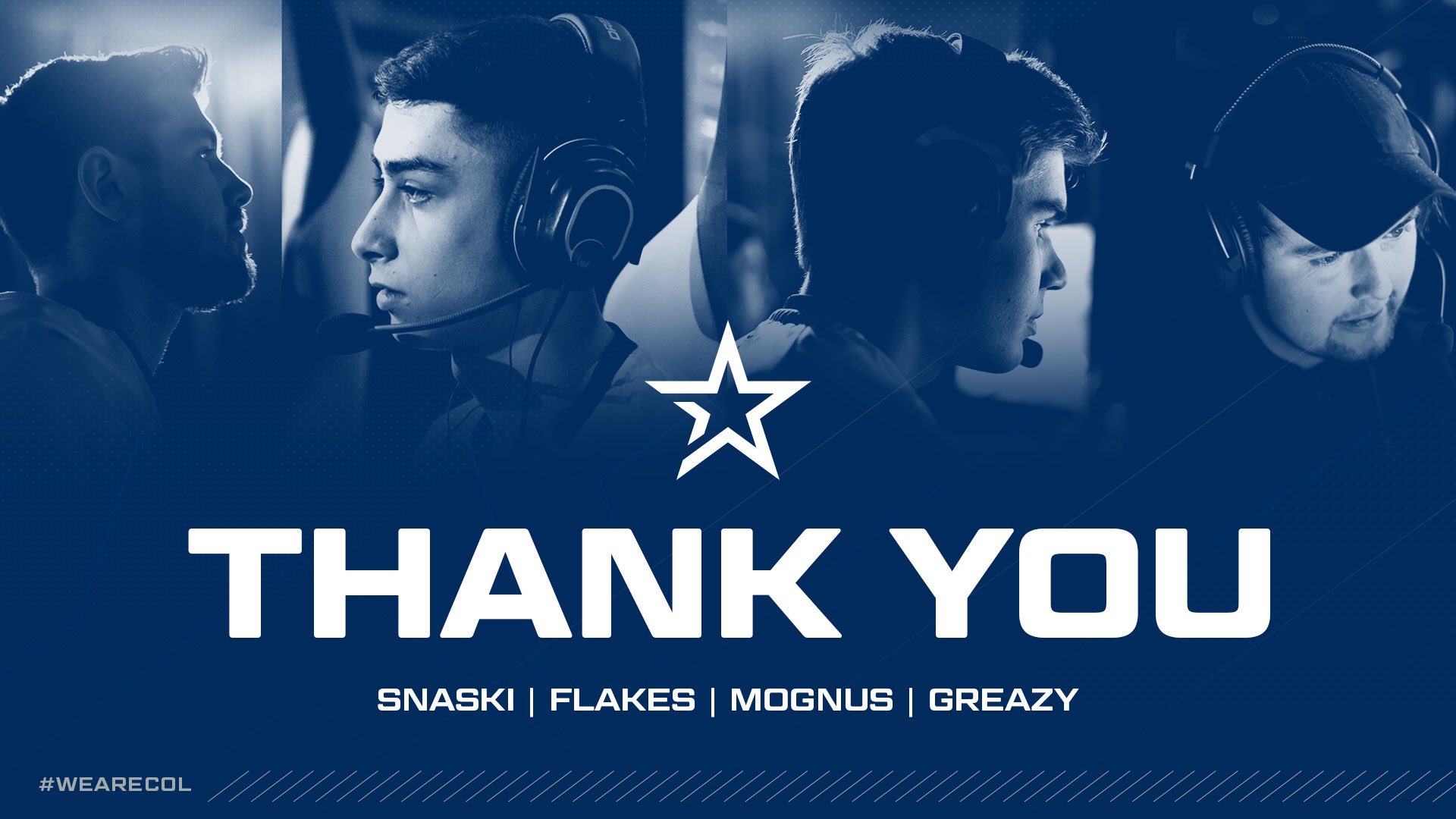 UPDATE: Complexity founder and CEO Jason Lake has confirmed that the organization is “still interested” in Rocket League, and will be “evaluating options for 2020.”

The roster would have competed in the European Rival Series for Season 9, but tweets from both Joonas “Mognus” Salo and Hrant “Flakes” Yakoub suggest that the roster will split in search of better opportunities for next season. Marius “gReazymeister” Ranheim tweeted that it’s “time to try and remotivate myself, regain the love I had for the game and show what I can really do!” If two or more players do not ultimately stick together by the end of the offseason, the roster will forfeit its Rival Series spot.

Interestingly, Complexity’s announcement notes that it is releasing its “current Rocket League team,” suggesting that the organization isn’t necessarily leaving the game. The North American-based organization could potentially look to a pickup on the NA side of the RLCS, whether it’s an unsigned team like Afterthought or a roster currently signed to another organization. Complexity has in-game esports items available for purchase within Rocket League.

Complexity Gaming entered Rocket League in March 2018 by picking up the ex-Method roster comprised of Mognus, Linus “al0t” Möllergren, and Otto “Metsanauris” Kaipiainen. The team finished 3rd at the World Championship that season (Season 5), and then dropped Metsanauris in favor of gReazy, the RLCS Season 2 champion.

It was great year and a half i had with @compLexity but nothing lasts forever. I want to thank them for everything they did for me <3. They helped me grow as a player aswell as a person. That being said, I will be looking for a new team

Unfortunately, the team finished last in Europe in Season 6 and fell into the Rival Series. Flakes joined in place of al0t, and the team dominated the promotion tournament to earn its way back into the RLCS. This season was another bust, however, as Complexity went 0-7 in Europe and again lost the promotion/relegation tournament. According to Octane.gg’s stats analysis, gReazy and Mognus were rated the two least-effective players in RLCS Season 8 league play in Europe.

What happened with G2 and Cloud9 in RLCS Season 8?