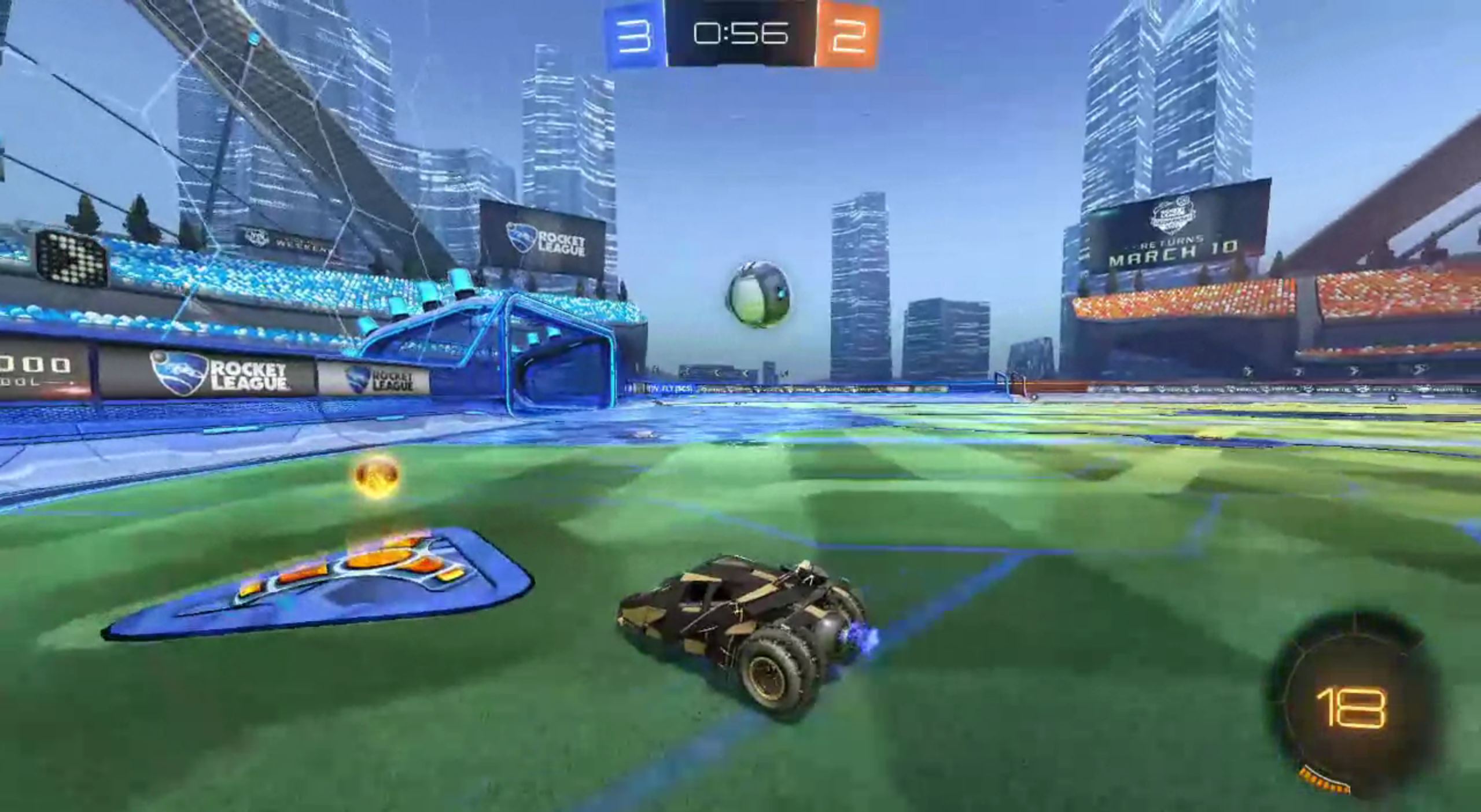 How to make the Defender look pretty stupid

With hundreds of hours locked into Rocket League we sometimes instantly assume what kind of play our opponents are going to pull off next – and while doing so we assume that our opponent will pull off some impressive attempt to shoot at the goal. All it takes in these kind of situations is for you to do… well… basically nothing.

The clip below was posted earlier this week to Reddit by user HelvetiaGaming and it shows what these moments can look like. The player is driving in one of the new Batmobiles brings the ball in front of the goal, but instead of making an attempt to score he just fakes to go for the goal and waits until his opponents knock themselves out. As a defender you look really stupid in such a situation, but hey, we’ve all been there. Make sure to watch this cool clip and don’t be fooled: It takes a lot of skill to make such an impressive fake!

If you have a goal, dribbling, save or any other memorable Rocket League moment that you want to share with the community, just head over to our Discord server. There you can submit your greatest clips and we’re more than happy to check them all out and feature them in our Cinema section.

Dorian Gorr
Dorian discovered Rocket League when it first came to PS4. He stopped playing after he saw the RLCS for the first time and became discouraged from trying any more miserable Aerials. As a journalist with more than a decade of experience working for many of the biggest German media companies he now lives out his Rocket League passion as Head Editor for Rocketeers.gg
doriangorr
Next Articles
Zero seconds left, but sometimes you just gotta believe
9 NA Rocket League teams that have the best chance to get into RLRS
Psyonix: Surprises planned for RLCS Season 5 broadcasts