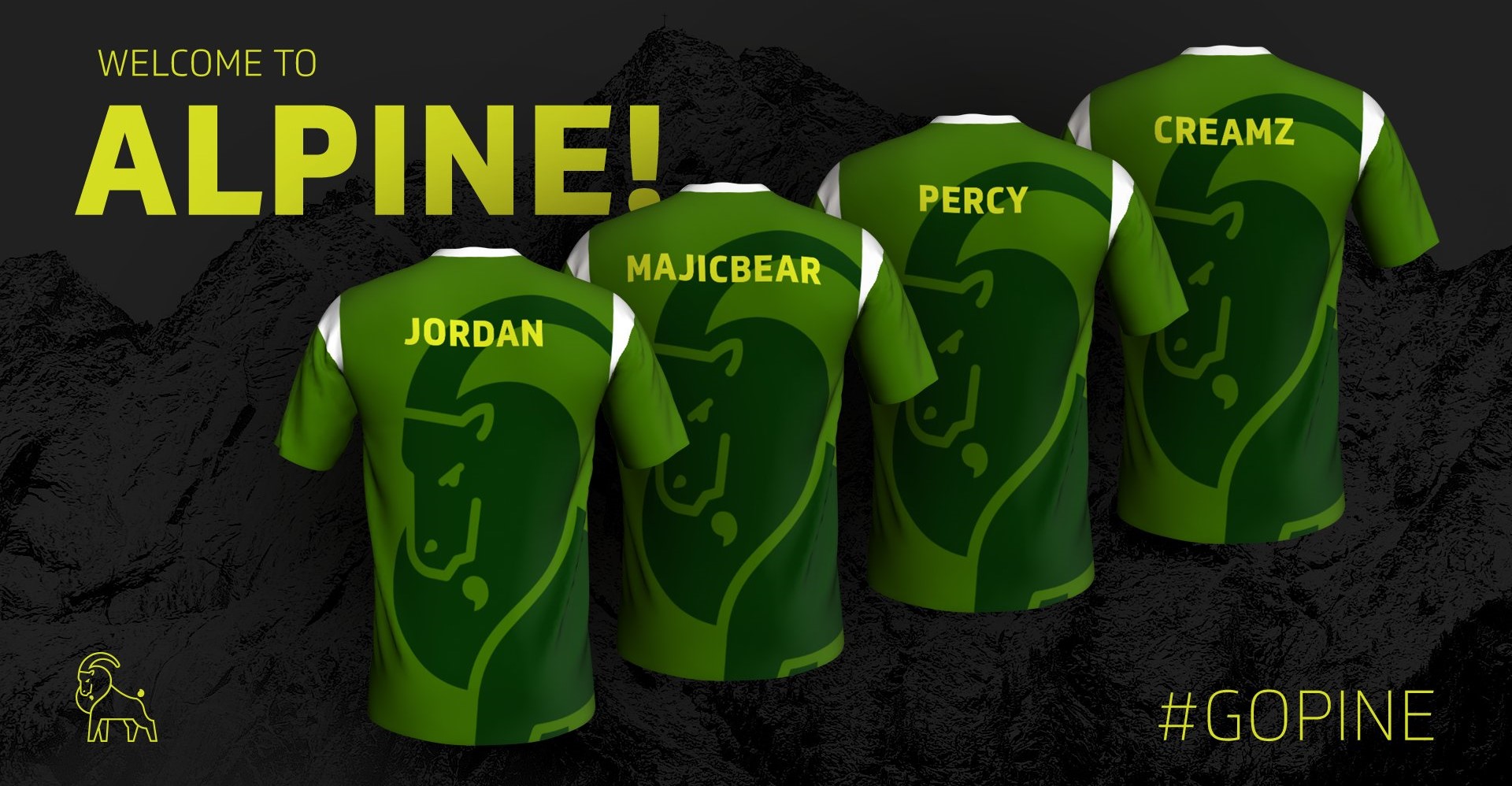 In the early weeks of the RLCS X season, Alpine Esports has established itself as a team to watch in North America. The former Omni Nation roster, which finished first in the Season 9 Rival Series to secure what would’ve been a spot in the old RLCS structure, signed with Alpine in the offseason.

They finished Top 8 in the first RLCS X North American regional tournament and have had a pair of Top 8 finishes in the weekly Grid, as well. ShiftRLE’s latest power rankings ahead of yesterday’s Grid tournament had Alpine ranked #9 in North America, ahead of more experienced squads such as Version1, eUnited, and the Susquehanna Soniqs.

Daniel “Jordan” Bholla, Chris “majicbear” Acevedo, and Oliver “percy” Ortiz may be a young roster, but they’re backed by a veteran presence: coach David “Miztik” Lawrie, an RLCS Season 3 grand finalist and WSOE 4 champion as a player, formerly of teams such as FlipSid3 Tactics and Mock-It. Miztik has transitioned from a stellar playing career into a successful coaching career, helping Veloce Esports secure a Top 6 finish at the Season 8 World Championship.

Now the 24-year-old Scot is helping Alpine’s trio hone their talents and emerge from the grinding RLCS X schedule to try and challenge NA’s giants. Ahead of this weekend’s back half of the second NA regional event, in which Alpine will attempt to make it back to Top 8 or beyond, Rocketeers caught up with Miztik to discuss the challenge of transitioning from a player to coach, Alpine’s chances this weekend, and the potential he sees in his team.

Rocketeers: How are you feeling about Alpine’s chances going into this weekend?

Miztik: I feel really confident about our chances this weekend. We’ve been working super hard over this split, and we’ve proved to ourselves that we can beat almost anyone and we can definitely upset and make a good run. Recently, we’ve been working on our consistency and making sure we are focused from the get-go when we compete. The aim is to be confident in our preparation and have good focus and confidence going into our matches, and let the practice we’ve put in speak for itself and hopefully make a good run.

The #RLCSX continues today with the 2nd North American Regional.

We thought we'd remind you how the last Regional went.

How did you come to join up with Alpine and coach these guys?

I reached out to Alpine and a few other teams when I was looking to get back into full-time coaching, and at the time there were very few teams that didn’t have a coach. Fortunately for me, Alpine didn’t, and after conversations with the players and org I managed to get a trial over a few weeks to see if I was a good fit.

It was very evident to me that the players were a bunch of talented and respectful kids, and I knew it was a team I wanted to be a part of. The more I was in contact with Alpine, the more I really enjoyed talking and getting to know the staff and they felt the same way. It really was a great fit with everything we were striving to achieve going forward.

What’s your take on the RLCS X structure and what has it been like so far?

My take on the new RLCS X structure has been pretty back and forth. It’s definitely nice to see more Rocket League played and I’m sure that’s something everyone has loved to see being streamed on Twitch, especially with how each individual org streams the Grid.

On the other side of that, it’s evident that it’s more taxing on the players and teams with the amount that they have to play and be prepared. It’s difficult to be consistent when you play so many games, and you have to be absolutely ready for every single series that comes your way. It’s difficult to bounce back and move forward when results don’t go your way, and I assume we’ve seen the result of that with teams bringing in substitutes to change the team dynamic.

What ultimately made you decide to leave playing professionally and enter coaching instead?

The transition from me being a professional  player into a coach was a pretty long and rough road for me. After I was kicked from The Bricks, I really struggled and didn’t really know what I wanted anymore. I took some time away from everything, and even after trying to figure out what I wanted, I still really struggled to make my mind up. One day I wanted to continue playing and another day I felt like I was done.

The final straw was that so much time passed, and I didn’t really show any actions towards continuing being a pro, I didn’t grind the game as much as I needed to, and even when I did, I could easily take a break for a week without noticing. In the end, I just realized that my actions spoke what my mind couldn’t, and between that and the support from my girlfriend I was able to change my mindset from flip-flopping and move on. 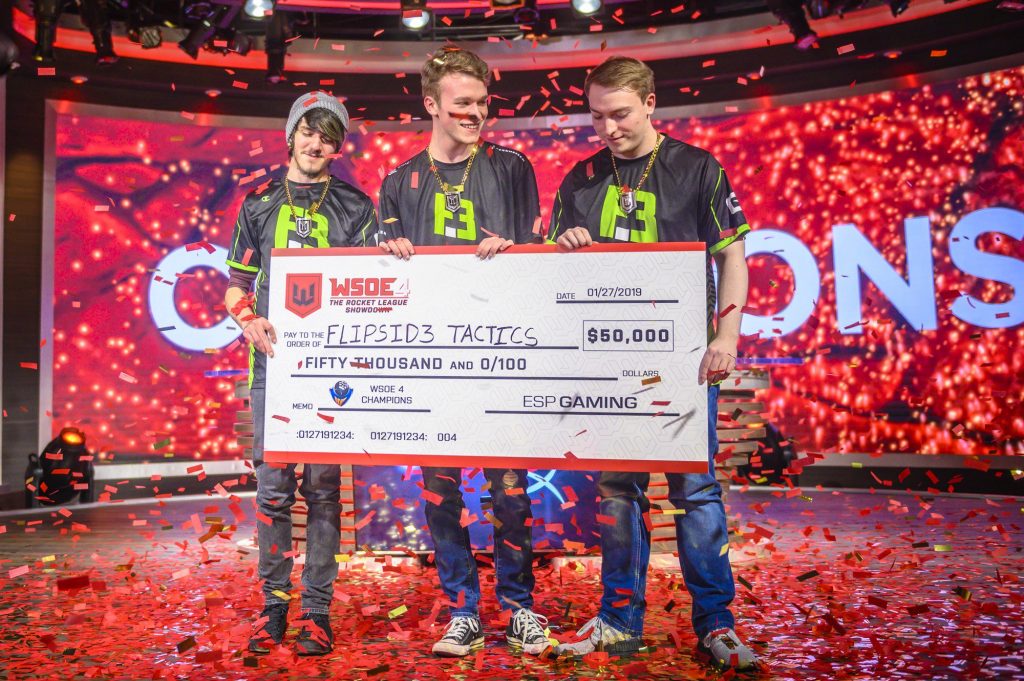 What was it like for you to have the chance to coach onstage with Veloce at Season 8 Worlds after playing on the Worlds stage yourself during your career?

Having the chance to coach on stage at Season 8 Worlds was an amazing experience; it really drove my passion for coaching a step further. It’s a big difference to be at home trying to tell three icons on Discord how to try and be better players, and being on stage alongside three people and encouraging them to be their best. It’s definitely something I won’t forget, and it’s somewhere I’d like to be again soon with Alpine.

What’s your role like as a coach for Alpine? What kind of prep are you putting in and how do you aid your players?

My role as a coach on Alpine is very gameplay-focused. We have great staff and a great support system around us that help with a lot of things in and out of the game. With everyone in Alpine helping with whatever we need, it allows me to focus on the gameplay side of things and help the team improve together and fix the things we struggle with. I think that’s important because our team is fairly inexperienced, and having someone with a ton of experience like myself help guide them in the right direction is a good way to feel like you’re making progress.

I'm actually addicted to making montages and it helps that @MaJicBear, @Jordan_RL1, and @PercyyRL score absolute bangers on a weekly basis. @Alpine_Official's The Grid Week 6 Highlights are here! ⚽️https://t.co/uh183B3DQv

Alpine has had a strong start so far this season, with Top 8 finishes at the first regional and during The Grid. What makes this trio so effective at their best?

Alpine being so effective at their best and having a good start to the season is really just a glimpse of how we want to be overall, and can be attributed to how talented the players are as individuals. We know we can take on anyone when we’re at our best, and we’re working hard to put things in place that put us at our best more often and more confidently. We want to be in a place where we can be consistent and confident going against anyone in NA, and at the same time improving on our mistakes to break into the top set of teams.

And what do you think it’ll take to elevate this team into the Top 4 and consistently hang with NA’s elite?

I think the new format puts a lot of positives on our side for breaking through into the Top 4 and elite teams in NA. We get the opportunity to play against almost anyone with the Grid every week, and between that and scrims, we have a lot of time to get an understanding on how we fair up against everyone and what we need to do to improve on it. It just takes patience and hard work from us to keep trying to break through, and hopefully over time we get more comfortable and encouraged to play against the top teams.